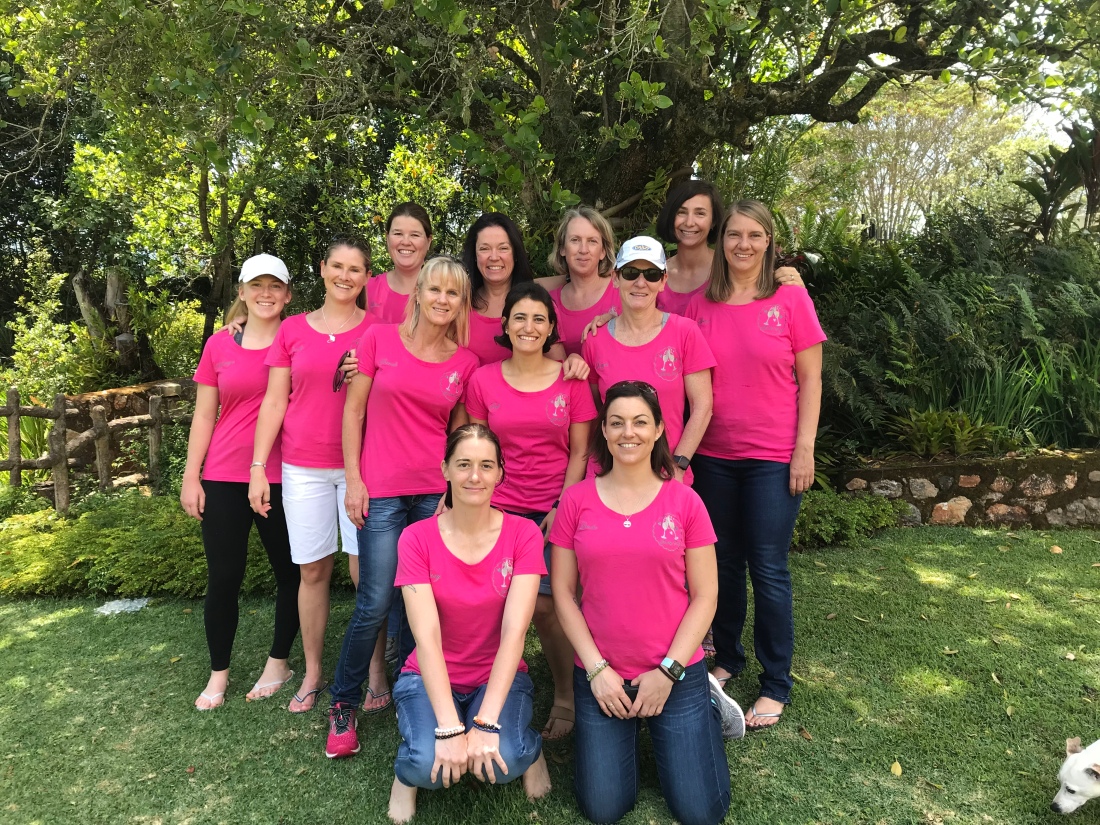 In my last blog, I indicated that I suspected that something was holding me back. Well it turns out I was right and I should have listened to my body long ago. I thought I was just buggered from all the training….

I decided I would get tests done after the Uitsoek Mountain Marathon. Nothing like going to run 40km when you can’t breathe properly. So I went to have some blood tests to see if I had an iron deficiency. I honestly didn’t think would because I have never had it before and there was no obvious reason for it. The frustration of no oomph in my running however made me question this. Turns out I have anaemia. My haemoglobin levels were so low. They were 10 and they needed to be 13!!! My iron levels were also far too low.

So when I heard the results I was quite excited! There was a problem and its easy to fix right? Wrong! I was immediately banned from running and any exercise that gets your heart rate up. Crisis. And on top of that, because I have no reason to be anaemic, I had to have tests conducted to determine if I am bleeding internally i.e. a bleeding ulcer or something. So off to the surgeon I went and I was booked into hospital.

Anyone who knows me, knows how much I love my food and when you have a colonoscopy you need to “clean out your insides”. Such a fun exercise which I will not be elaborating on. This process however requires you not to eat or drink!! I was supposed to go into theatre on the Thursday early morning before the surgeon did his big cases. However there was some emergency and I had to wait till 16h00 on Thursday to go in. That means I didn’t eat from 7h30 on Wednesday till 19h00 on Thursday. I was Hangry as all hell. It wasn’t pretty. Smelling all the other meals that wafted through the ward was utter torture. I was so grumpy. I didn’t want to talk to anyone and I was just over it!

I was very relieved to inhale some chicken when I came out of surgery.  LOL!

So whilst my hospital trip wasn’t about starvation, there was actually a reason… All the tests came back clear and I have no internal bleeding. So after all that, all I need are iron supplements and I am back to running again… after a three week break.

Cue Kaapsehoop half marathon. I was supposed to do the marathon this year but decided that road is just so hard on your body that I downgraded and saved my body. I am also very pleased that I didn’t stress myself out with my first road marathon. I have enough stress coming up for UTCT.

Kaapsehoop this year was planned as a Bubblies girls weekend with a bit of running. We actually run for fun and every now and then you need to remind yourself of that! This weekend was just that, a fun weekend. All my Bubblies joined us this weekend and we spent it on my friends avo and macadamia farm near the Sudwala Caves. They will never be the same again after experiencing 12 wild chicks! LOL

What an epic weekend. Whilst we had to get up at 1h30 to get to the start on time, it was worth every moment. We all had such special runs. Whether it was a PB or a PW (personal worst) it was just such fun. Two of our Bubblies are injured so they walked the 10km registering their PWs. They redeemed themselves with their DJ’ing skills later that evening :-).

Later that day, after we all forced ourselves to have a nap (turns out we all needed them and passed out for a good hour and half), we did what Bubblies do and cracked the champers. We toasted a Bubbly birthday and started the braai.

I was the braaimaster and we wined and dined under the trees. It was super special. We changed it up a bit this weekend and broke out the craft gin. We managed to flatten a large collection of gin and the party ended very festively with dancing in the farm pub. There was some hilarious laughter, some of us were more tipsy that the others and provided entertainment! I burst a blister I didn’t know I had whilst jumping wildly to some of other song.  The Innov8s are a little bit past their sell by date…

We rechristened ourselves the Bubbly Gins aka the BGs…. and we managed to stay alive.

We decided that we weren’t just going to drive straight home on Sunday. We visited the Mac Mac falls and then headed for the new Gorge Lift in Graskop. What a beautiful idea. You take a lift 51m down in the gorge. The forest in the gorge was just beautiful and we loved every minute of it. Apart from shocking service in the restaurant, we enjoyed ourselves immensely. We were all dressed in our Bubbly shirts and we looked stunning. It made you feel so special to be part of such an amazing group of beautiful ladies.

So whilst we did have an amazing girls weekend, I did also have a really good run. The iron supplements seem to be kicking in and a ran a PB 5km, 10km and 15km. The last hill killed me and I just couldn’t make the PB 21km but I am super happy with my run. I ran with Helen and we had such an amazing race. It is always a nice surprise for me to have company on a race. I usually make new friends so I don’t get bored but running with your fellow sweep is super special!

So the next two weeks we do the final push for UTCT and then its downhill to the mountain! I am excited for now but as the days pass, the nerves are going to start escalating. I know my Bubblies and the rest of my support crew will help me get there!

To my specials, Linda, Sarah, Sharon, Sonja, Sally, Ingrid, Jaxy, Tracy, Sofi, Candy – you are awesome and never forget it! Thank you for an epic weekend. Here’s to the next weekend. To Bronwyn – so sorry we abused you but your gins were epic! Thanks for the pancakes!